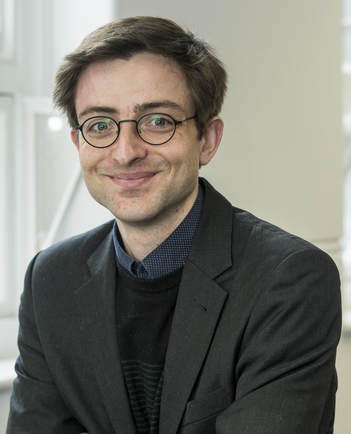 ​I'm an associate professor at the University of Southampton.  I finished my PhD at Rutgers in 2014.  Ernest Sosa was my advisor and Ruth Chang, Jonathan Dancy, Alvin Goldman, and Susanna Schellenberg were on my committee; you can see a post-defense picture here, complete with a Skype projection on my face.   My dissertation was entitled On the Normativity of Epistemic Rationality.  It sought to explain why we should care about being epistemically rational.  My explanation rested on the thought that epistemic rationality constitutes respect for truth.  This project quickly transformed into a larger one that explains why perspectival obligations have perspective-transcendent significance, by appealing to (i) the idea that all value calls fundamentally for respect, and (ii) the idea that respect is constituted by heeding the demands of perspective.
​
My longest-standing research interests are in epistemology.  I also have research interests in ethics, philosophy of practical reason, and philosophy of mind and cognitive science.  I've taught modules in many other areas, including aesthetics, political philosophy, history of philosophy (Kant,  classical Indian philosophy, British empiricism, and Continental rationalism), and metaphysics; I wanted to be a metaphysician of science as an undergraduate, and was obsessed with Kant in high school.  Much of my research combines my interests in epistemology in the broad sense and ethics, and is best described as work in the ethics of belief.  Two recent papers develop key ideas from my dissertation: (1) a paper published in Philosophical Review developing the first explicit and systematic non-consequentialist account of theoretical normativity (Epistemic Kantianism) and (2) a paper in Philosophical Studies applying similar ideas to practical reason.  I'm finishing a book developing these ideas in a more Kantian way, tentatively entitled Respect for the Truth: A Kantian Account of Theoretical Normativity.

My work in epistemology in the narrow sense (i.e., the theory of knowledge) is mostly separate from this business.  For I think epistemology in the narrow sense is a branch of the philosophy of mind.  I defended this view in a 2018 publication (though the paper was finished and accepted two years earlier).  My non-normativist outlook took a new form in talks in 2017, 2018 and 2020 and in graduate seminars in 2017 and 2019; it evolved further as I happened upon remarkable new work on the history of epistemology by Maria Antognazza, Michael Ayers, and Lloyd Gerson, and as I learned more about classical Indian epistemology.  The first of the new views appeared in an abandoned paper called 'The Theaetetus Thesis', where I tried to defend a spinoff of Theaetetus's initial suggestion that 'knowledge is nothing but perception'.  That view then transformed into a position I called presentationalism in 'Knowledge and the Presentation of Reality'.   According to presentationalism, knowledge is that general factive mental state which, when occurrent, presents one with a fact, where presentations are quasi-perceptual states.